A big thank you to BorrowLenses for sending me these camera bodies to test out!

Weight, the enemy of every hiker and backpacker. I spend my days hiking to remote locations in the mountains and desert. The weight of my gear is always a burden, even though I have minimized what I carry. Late last year when Sony announced the A7r and A7 I was excited beyond belief, it sounded like the answer to all my prayers! Then Nikon came out with the Df, yet another lightweight option! What to do? Put them all to the test, side by side of course.

To compare these results with other Nikon’s take a look at this post and keep in mind the Df has the same sensor as the D4. The Nikon D610 is another good lightweight choice, see this post Canon 6D vs. Nikon D610

I have been shooting with the Canon 6D with great success and highly recommend it for night photography. I included it in this test as a baseline since I consider it to be one of the best on the market, plus it is relatively lightweight for a DSLR.

This is what got me excited about the Sony’s in the first place, I wanted an ultralightweight camera with a full frame sensor for hiking and backpacking. The A7r sounded like a dream come true. It is very light, no doubt about that.

Although not included in this test, for reference the Nikon 610 is 1.67 lb

In night photography ease of use is extremely important to minimize how many times you turn on your light to maintain night vision. I consider myself to be very adaptable to different systems; I have shot with Nikon in the past for many years and am currently shooting Canon. I also spent nearly a month shooting with the Sony A7 to become comfortable with it. I can usually switch brands without much brain damage, with these bodies many frustrations came to the surface though.

6D – This is your typical DSLR, it functions normally and very easy to use at night

A7/A7r – I cannot tell you how much I struggled with the A7, the buttons were not intuitive and seemed to change in different modes. Figuring out how to zoom in during live view (and keep it zoomed in) was painful. I had to assign custom buttons and change settings. My frustration ran deep with these cameras. I really wanted to love these cameras, I tried and tried but they never became intuitive.

Df – Most of the functions of the Df are typical of other Nikon DSLR’s and is very intuitive to use, the big exception to this is the retro dials to change the ISO and shutter speed. I thought these would be cool to have, until I used them. First off you have to hold down a tiny lock button while you rotate the dial, which is incredibly cumbersome. I have skinny fingers and it was not a joy to use, if you have fat fingers don’t bother. At night you cannot see what you’re changing the dial to, so a light is necessary to change these settings.

My go to method of focusing is using Live View to zoom into a bright star in the sky and manually adjust until the star is a sharp point of light. As you will notice below the A7/A7R images tend to be out of focus, this was due to the poor performance of live view. The stars were not as bright and you couldn’t zoom in as far, this is a major downfall for night photography. The 6D and Df work flawlessly, I’ll give a slight nod to the Df with it’s ability to zoom in a bit further (typical of all Nikons).

Mirroless technology has come a long way recently, the electronic viewfinder is quite stunning during the day and is quite usable. This all changes at night though. At night I look through the viewfinder to frame my composition, although there is very little light coming through, it is enough with a DSLR that has a pentaprism. Looking through the viewfinder of the Sony is simply seeing a black screen, nothing there whatsoever. When shooting I had to guess at my composition, take a test shot and guess again. Sadly a painful dealbreaker for the A7r/A7. The Df still has a pentaprism, it is not mirroless so this is not a problem.

Night photography requires extremely high ISO’s, I have found the best ISO to use in general is 6400. This gives you a good exposure with relatively low noise.

First up I opened a file from each camera in Photoshop, zoomed to the same area and took a screenshot. These files are straight out of the camera with no noise reduction applied.

They all seem to perform similarly with an edge going to the Df for color noise.

Next I removed the color noise in Lightroom, no other adjustments were applied. This helps to see the Luminance noise, which is our main concern.

Now you can see the Df handles Luminance noise the best, followed closely by the 6D. Surprisingly the A7r performed very well and is close to the 6D. The A7 on the other hand I was not impressed with at all, this was quite the shock considering the A7 has 24 megapixels vs. the A7r which has 36.

I found the 6D to have the worst color rendition among these camera, with significantly less color being recorded in the foreground and the clouds. A boost to the saturation helps some of this come back, but when the color isn’t recorded well in the first place, it’s hard to bring it back. It’s not so bad that I wouldn’t recommend the 6D though.

Overall I believe the Df reproduces color the best. The A7r was very close, but did display significant noise in the shadows when pushed. The A7 did not perform well in comparison.

The Canon 6D is by far the best value, it performs incredibly well at night. The only advantage the other cameras have over it are weight and color rendition.

For the ultimate quality go with the Nikon Df, it has the same sensor as the D4 which is double the price. This is a camera I would highly recommend renting before purchasing though, it’s an oddball with the retro design which many people do not like. With the exception of the dials I found it enjoyable to use.

A7r – If you want the lightest full frame possible, this is your camera. Especially if you primarily shoot landscapes during the day. If you only shoot at night occasionally then this camera is usable, just with a bit of frustration when composing.

A7 – There is no reason to buy this, Sony crippled it. It should have performed better than the A7r at night, but it’s not even close, tsk, tsk Sony.

As a side note: the Nikon D610 is also a great contender in this field of lightweight cameras, when price is taken into consideration it is the best value in Nikon’s lineup for night photography and only slightly heavier than the Df.

Note: All links are affiliate links that help support me and cost you nothing extra, thank you. 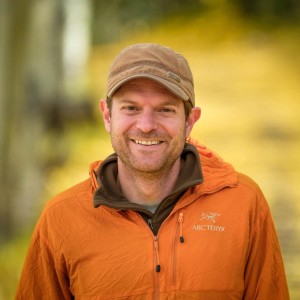 3 thoughts on “The Ultimate Lightweight Camera for Night Photography”