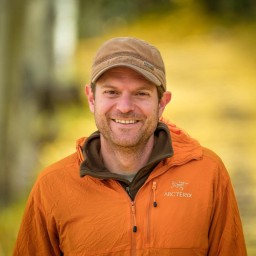 After my previous test The Best Nikon for Night Photography I was bombarded with requests to test the new contender in the APS-C sensor arena; the Nikon D7100. The initial numbers from DXOmark looked very promising for a cropped sensor, previous cropped sensor bodies do not fare well with the extremely high ISO’s needed for night photography. Thanks again to the awesome people at BorrowLenses I am able to bring this information to you!

I needed a benchmark to compare the D7100 to, I choose the Nikon D600 as a comparison because it’s the closest price wise and is the next logical step up from the D7100. The D600 also fared extremely well against the other full frame bodies I previously tested. So I felt this was a fair test of APS-C vs. Full Frame sensors.

The build of these cameras are nearly identical. The D7100 is a bit smaller and some of the buttons are moved around, but overall it felt like using the same camera. I will note the virtual horizon in the viewfinder of the D7100 is very similar to the D800, with the gray indicators that you cannot see at night, the D600 uses the meter instead, which is much nicer to use in the dark. Also the smaller viewfinder of the D7100 made it much harder to compose a scene at night.

Due to the smaller sensor and its limited ISO capabilities I was not able to find a star in live view to focus on. Although I use hyperfocal most of the time, it is much harder to achieve with a zoom lens. I took several test shots at different focus points to learn where this lens had the sharpest stars, eventually I found that spot to be past infinity strangely. This would have been much easier to confirm with live view, but it’s not a deal breaker.

Since the cameras have nearly the same resolution I did not resize the samples, they are simply screenshots of the raw files in Lightroom 4.

First up are the overall shots with no adjustments applied, except correcting the white balance. Exposure: 20 Seconds, f/2.8, ISO 6400 (Click any image to see full size)

You can clearly see a marked difference in the exposure, even though they were taken with the exact same settings. I am unsure if this is due to the lens or the body, my guess would be a difference in how much the aperture actually physically opens between the lenses. This was unexpected, and in retrospect I wish I would have used the same lens on both bodies even with the different focal lengths to know for sure. I found the difference to be about 2/3 of a stop, so this is not a perfect side by side test. It will give you adequate information to decide if the D7100 is good enough for your needs though.

Next are 100% crops of the sky and foreground of the previous shot.

The sky looks fairly similar with a bit more color and luminance noise in the D7100, not bad so far.

Now we take a look at the foreground.

We’re starting to see where full frame has a distinct advantage. The D7100 has significantly more noise, and the detail in Devils Tower is non-existent. With the D600 you can make out the ‘bear claw marks’ or the rock columns on the sides of the tower.

Next I edited each file using my standard processing techniques to create the best possible image with the data in the raw file. I did not use the same settings, I processed each uniquely to get the best results possible.

Overall the look of the D600 images are much better, the color and clarity make the image stand out. I simply could not get the image from the D7100 to look as good as the D600.

This time around I decided to push beyond the manufacturers’ ‘in-spec’ ISO ratings. I set each camera to H2.0, or ISO 25,600, both of their maximum ISO’s, my expectations were low.

The D600 was shockingly good, I could actually see myself utilizing this ISO when using a f/2.8 lens. The D7100, on the other hand is clearly out of its league at this point. Heavy grain and the glaringly obvious purple sesnor amp on the bottom of the image is a deal killer, not usable at all at this ISO, but I didn’t expect it to be.

Here is a crop of the forground. The heavy grain, loss of detail and purple in the shadows of the D7100 are obvious. Finally, an edited version of each.

If you’re heavily invested in the DX format, or you want to get into night photography the cheapest way possible and still have stunning results, the Nikon D7100 is an extremely good choice. I’m stunned that a cropped sensor could have acceptable results at ISO 6400, with 24mp nonetheless. This camera is very high quality and I wouldn’t hesitate recommending it to anyone that is just starting out. Paired with the Tokina 11-16 f/2.8 you’ll have a killer combo to start shooting the night skies.

It’s still not full frame though. The D600 blows the D7100 out of the water in my opinion. When looking at the sky there isn’t a huge difference, but what’s really important to me for shooting night landscapes is having shadow detail in the foreground. Having a great foreground is the key factor to make your night images stand out from the crowd. Having the ability to see the foreground even on a moonless night is huge. If you’re serious about getting the best night images possible, the D7100 will not get you there, you need to step it up to full frame.

Still undecided? Do what I did and test them out for yourself! Follow the links below to rent from BorrowLenses
Nikon D7100
Nikon D600
Tokina 11-16 f/2.8 As a bonus I have a small review of the Tokina 11-16 f/2.8 lens, this is the original version of this lens, not the newest model which reportedly performs slightly better, I will be comparing these 2 lenses soon.
The center of the frame is extremely sharp, a bit sharper than the Rokinon 24mm 1.4. When looking at the edges though the sharpness falls off dramatically. You can see the extreme distortion stretching out the stars and making them much softer. The Rokinon has a strong advantage here and overall is much better quality.

You must consider that your options are very limited in this focal length for DX lenses that have an aperture of f/2.8. When taking that into consideration, this lens is extremely good, very little coma wide open at 11mm, almost no coma at 16mm and overall sharpness isn’t too bad. The stretching of the stars in the corners is the only issue, which is only exacerbated by using the lens profile correction. I had high hopes for this lens with its aspherical elements. I was immediately disappointed when I put the lens on the D7100 though. I was surprised to see there was no focus scale, absolutely no indication of your focus. This lens was meant strictly for autofocus, using this lens with manual focus is a huge guessing game. Since live view does not perform well enough on the D7100 (even at f/1.8) I had no way to focus except to take a shot, check the LCD, slightly refocus, repeat over and over again.

I did finally get it in focus to check the quality. If you can get to this point the lens is fairly good. Sharp in the center with only a slight drop in sharpness in the corners. Almost no coma at f/1.8. The biggest flaw is significant glow around the brightest stars which doesn’t go away until f/2.8.

This lens is equivalent to a 50mm lens on full frame, not a focal length I use terribly often at night. If you’re looking for some complimentary lenses to the Tokina 11-16 I would recommend the Rokinon 24mm 1.4 and the Rokinon 35mm 1.4. The added benefit of these lenses is that they will be compatible with a full frame body if you decide to upgrade someday. The Nikon 35mm 1.8g is for cropped sensors only. I cannot recommend this lens for night photography unless your budget is extremely tight and you need this focal length; be prepared for frustration.